The safety of our passengers is our utmost priority. That’s why we're taking special measures to help ensure it.
Learn More... 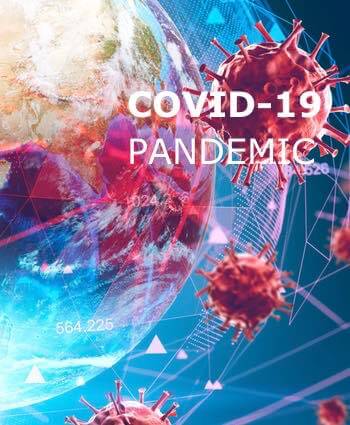 Taking care of you amid COVID-19: We are laser focused on the health and safety of all our clients and operators, without compromising the quality of your experience when you ride with us. We are adhering to protocols and measures as recommended by the state and local government authorities, and health experts to maximize the effectiveness of our response.

We will continue to monitor any change in guidelines and recommendations from local and state government authorities and health experts to ensure that we are providing the safest ride to our clients, in addition to the highest quality of service that our clients have come to appreciate over the years.

We are very grateful for the continued support of our clients and partners.

What you can expect during your trip

The Golden Gate Bridge is a suspension bridge spanning the Golden Gate, the one-mile-wide strait connecting San Francisco Bay and the Pacific Ocean, and is possibly the most beautiful, certainly the most photographed, bridge in the world.

A large urban park consisting of 1,017 acres of public grounds. It's 20 percent larger than Central Park in New York City, to which it is often compared. It is over three miles long east to west, and about half a mile north to south. With 24 million visitors annually, Golden Gate is the third most-visited city park in the United States after Central Park and the Lincoln Memorial.

2.6-acre public plaza bordered by Geary, Powell, Post, and Stockton Streets in downtown San Francisco, California. The area was once used for Thomas Starr King rallies and support for the Union Army during the American Civil War, earning its designation as a California Historical Landmark. Today, this one-block plaza and surrounding area are one of the largest collections of department stores, upscale boutiques, gift shops, art galleries, and beauty salons in the United States, making Union Square a major tourist destination and a vital, cosmopolitan gathering place in downtown San Francisco.

The Palace Of Fine Arts

The monumental structure originally constructed for the 1915 Panama-Pacific Exposition in order to exhibit works of art. Completely rebuilt from 1964 to 1974, it is one of only a few surviving structures from the Exposition. The most prominent building of the complex, a 162 feet high open rotunda, is enclosed by a lagoon on one side and is neighboring a large, curved exhibition center on the other side, which is separated from the lagoon by colonnades. As of 2019, the exhibition center was being used as a venue for events such as weddings or trade fairs. Conceived to evoke a decaying ruin of ancient Rome, the Palace of Fine Arts became one of San Francisco's most recognizable landmarks.

This is a popular feature of Golden Gate Park, originally built as part of a sprawling World's Fair, the California Midwinter International Exposition of 1894. It is the oldest public Japanese garden in the United States, this complex of many paths, ponds, and teahouse features plants and trees pruned and arranged in a Japanese style.

Aquarium of the Bay

These are Victorian and Edwardian houses and buildings repainted, starting in the 1960s, in three or more colors that embellish or enhance their architectural details. The term was first used for San Francisco Victorian houses by writers Elizabeth Pomada and Michael Larsen in their 1978 book Painted Ladies.

Lombard Street is a famous steep, one-block section with eight hairpin turns. Stretching from The Presidio east to The Embarcadero, most of the street's western segment is a major thoroughfare designated as part of U.S. Route 101. The famous one-block section claimed to be "the most crooked street in the world. It is a major tourist attraction, receiving around two million visitors per year and up to 17,000 per day on busy summer weekends, as of 2015.

This is a 210-foot tower in the Telegraph Hill neighborhood of San Francisco, California, offering panoramic views over the city and the bay. The tower, in the city's Pioneer Park, was built between 1932 and 1933 using Lillie Hitchcock Coit's bequest to beautify the city of San Francisco.

The small island was developed with facilities for a lighthouse, a military fortification, a military prison, and a federal prison from 1934 until 21 March 1963. The water currents around the island were high at all times, which presumably decreased the chance of an inmate escaping. Beginning in November 1969, the island was occupied for more than 19 months by a group of Native Americans from San Francisco, who were part of a wave of Native American activism across the U.S., with public protests through the 1970s. In 1972, Alcatraz became part of the Golden Gate National Recreation Area and received designation as a National Historic Landmark in 1986.

We are committed to your safety

Your safety comes first. Our interest is to get you to and from your destination in a safe and timely manner. It’s why our drivers are highly vetted, licensed, and insured. Our Drivers, dispatchers, and customer care representatives work hand in hand to make sure every ride is a safe ride!

We use cookies to help us give you the best experience on our website.If you continue without changing your settings, we'll assume that you are happy to receive all cookies on our website. However, if you would like to, you can change your cookie settings at any time. Find out more. Got It